So, Arsenal's saved itself some of the £100 million warchest by not paying out £24 million (plus upward of £7 million in annual wages) on Sami Khedira. Rumor has it that a defensive midfielder (or a reasonable facsimile of one) is still on the shopping list, as you're aware if you've been following TSF or any other Arsenal site.

But other players have emerged as potential targets, to help fill vacancies that will soon be left by rumored outgoing players, or just because spending money is the bomb. These include:

Matija Nastasic, the Manchester City player who happens to be one of many foreigners on a team that might need to offload one, is being tipped as a replacement for Thomas Vermaelen, thought to be on the way to Manchester United. (Javi Garcia is also potentially on the way out the door to a potential suitor -- originally, striker Alvaro Negredo looked to be headed back to Spain to get City under the maximum number of imports, but he went and broke his foot and sidelined himself for three months and ruined all that, though you do have to go all out when you're playing a friendly against Hearts.)

Or there's Phil Jones or Chris Smalling, who are possibilities to be swapped for Vermaelen with Manchester United, according to the Mirror's John Cross.

Nani, who was last seen slotting a Geoff Cameron gift home for Portugal before disappearing for the remainder of his country's group stage run, after being a ghostly figure on the wings for United most of the year, is allegedly available for £9 million and a weekly salary of (cough, cough) £110,000. This is a CaughtOffside special that nevertheless is making the gossip pages of the Guardian and the Express, and it's further fueled by speculation that Santi Cazorla (as well as Nacho Monreal) are being targeted to return to Spain by Champions League finalists Team Bear-Looking-For-Cat-In-Tree.

Douglas Costa is a little freaked out about the situation in Donetsk (and for good reason), and therefore might leave Waxtap for the friendlier reaches of the Premier League or Serie A on a loan deal. Arsenal's apparently in competition with a mid-table team from North London as well as Roma and AC Milan for the services of an attacking mid it probably doesn't need.

And, finally, the yarn spinners at Metro say that even though David Ospina's coming to Arsenal to challenge for first-team goalkeeping duties, Iker Casillas from Real Madrid is still a target, as long as he decides to come over on a free transfer. 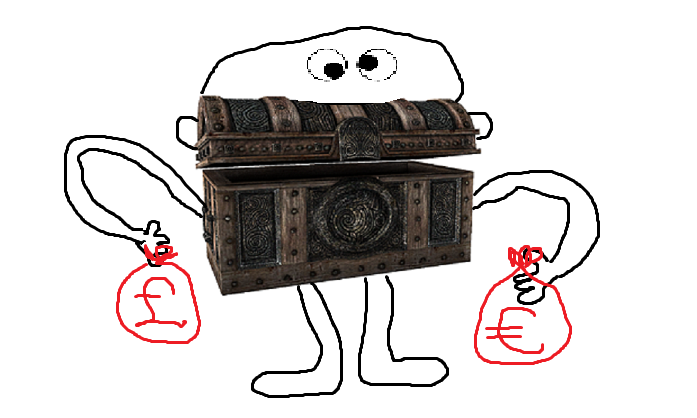 SPENDY SEZ: I like the sound of this Douglas Costa fellow. I wonder if he will Costa lot? HA HA! (Don't worry, I have it!) And only £9 million to acquire the services of a man who has shared a locker room with Cristiano Ronaldo AND Wayne Rooney? That is one degree of separation from my ultimate dream! FORSOOTH! MAKETH WITH THE RAIN!