The Official TSF "Who Am I?" Game

Think you know everything about every player ever? I'm sure you do. Put your skills to use in this interactive game.

Share All sharing options for: The Official TSF "Who Am I?" Game

Four Four Two magazine used to have a tiny section (hell, they may still today; I haven't picked up a magazine of theirs in years) stuffed in the back pages of a map with various points on it, which represented clubs a mystery player played at, chronologically, throughout his career.  There were a few players that were pretty identifiable from their maps if you put 90 seconds of thought and research into it but a few that required, well, more than 90 seconds of research.  All in all, it was a fun little challenge, especially if you geek out on maps and solving puzzles like I do.

So with that said, I figured I'd try to start up something similar here.  I'll have four maps each week or two; one map will be a current Arsenal player, two maps will be current European-based players and one map will be a retired player who may or may not be a former Gunner.  The first to correctly guess a player based on his map of chronological clubs he's played for in his career will earn one point.  If you can correctly guess all four maps, then you are awesome and I'm sure Liverpool will be calling you to gauge your interest in replacing Jen Chang.  You'll also earn four points; there are no multipliers because you spend far too much time following this sport and can identify players from a career map way too easily.

With that said, below are the maps.  They will always follow this order:

Note that if a player had a loan move in his career, it will be included in his map.

So, are you nerds ready?  Here are your maps, which you can click on to make bigger.  I tried to not obscure the locations too much since Bing pinpoints are huge and Google, to my knowledge, doesn't possess the capabilities to have pinpoints on a map - let me know in the comments if they do or how to make Bing's pinpoints smaller.

Enter your guesses in the comments and I'll try to keep track as closely as possible to let the first correct guesser of a map know they got it right.  Good luck. 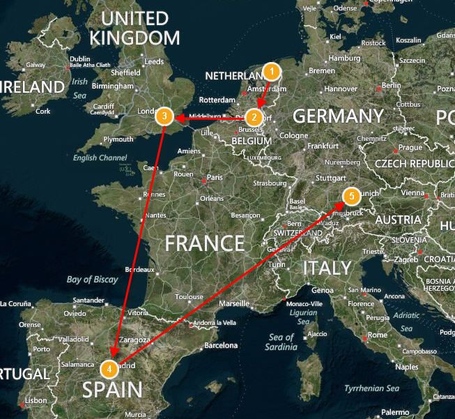 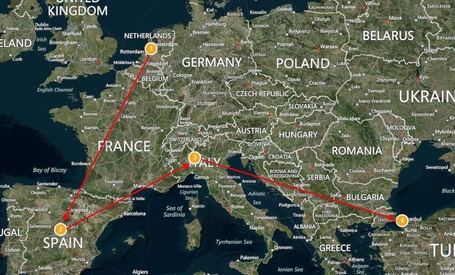 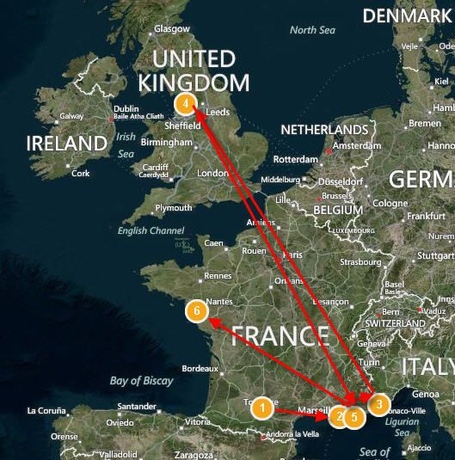