Although Arsenal ended up finishing 4th and qualifying for Champions League qualification, there are a few matches that we look back and regret that we didn't get a result or points from. Here's the first.

After righting the ship following the scoreless start to the season and securing three victories (Liverpool away, Southampton home, West Ham away), along with a hard-fought and well-deserved draw at Manchester City and a frustrating loss home to Chelsea mixed in, Arsenal visited Norwich City with a healthy Jack Wilshere named to the squad for the first time all season. Norwich came into the match winless all season and with a newly-hired Chris Hughton feeling the pressure from Canaries supporters and pundits. Chelsea, Manchester City and Manchester United all won their matches earlier that Saturday so it was up to Arsenal to secure three points in order to keep up with the top of the table, at a place that had been a bugaboo of sorts for them the past couple seasons.

After an inconsistent start to the match, in the 20th minute Alexander Tettey took advantage of the passiveness displayed by the Arsenal defense (Mikel Arteta being the main culprit here, but in defense of him I think he didn't believe Tettey was a threat on goal in that situation) and ripped off a low, screaming shot that forced keeper Vito Mannone to dive to his left to parry the shot away and to his right. Grant Holt easily glided past Per Mertesacker once the shot was saved and slotted safely behind a flailing Mannone, who dove back to his right expecting Holt to shoot in that direction only to see Holt shoot back towards the center of the net.

So we were down 1-0 after twenty, just like the previous week at West Ham when Mohamed Diame put the Hammers up one after 21 minutes. Maybe others felt like we'd shake the cobwebs off and figure out how to unlock a club who were reaching their breaking point only two months into the new season, but something just felt off. Norwich was content to sit back at this point and hold on for dear life, and the numbers and charts show it.

Let's take a look at a few charts, courtesy of FourFourTwo's Stats Zone, powered by Opta. The first are the two clubs' player influence. One thing to note, if you're unfamiliar with this specific chart, is that player influence is a measure in which Opta charts "how a player dictates the match, using a calculation of "on the ball" events such as passes, tackles, shots, interceptions, etc; the larger the player's name, the more involvement they have. The position of their name shows their average position" 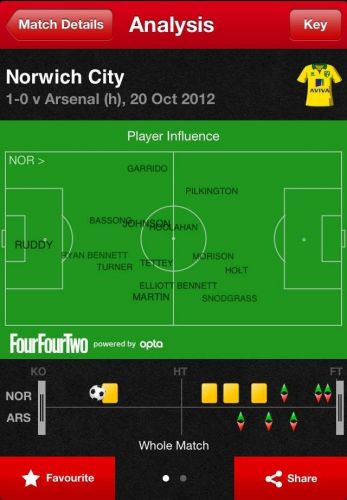 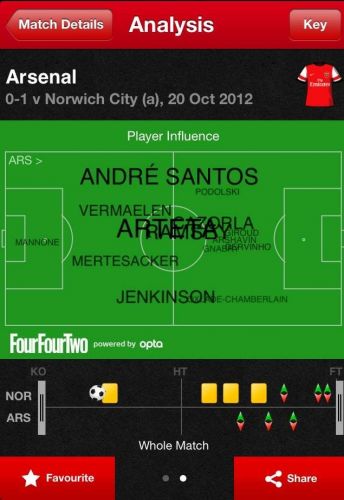 Now take these player influence charts, and combine them with the total passes following the Holt goal. Here's Norwich: 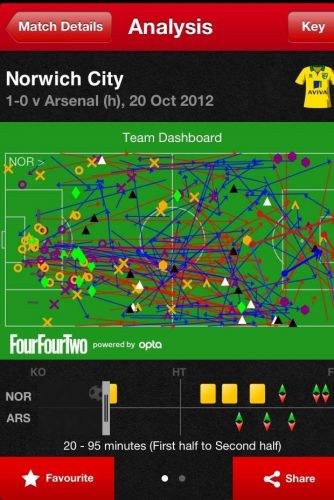 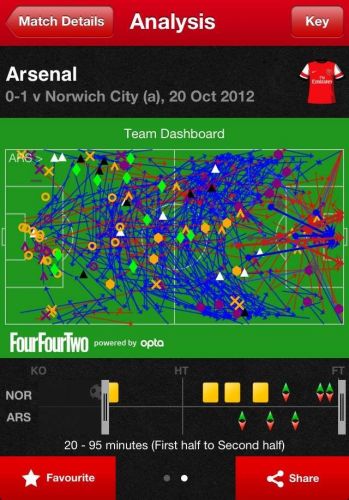 So, a few things to note. First, Norwich did a great job at limiting our ability to get into a great attacking position inside the box following the goal, and were quick to punt the ball far down the pitch in order to 1) get the ball away from their own goal as quickly as possible and 2) to attempt to exploit Arsenal's aggressiveness in attack. In this match Arsenal, a criticism of many both in the past and present, were content to distribute the ball from Arteta and Aaron Ramsey who placed themselves in the center of the pitch.

Second, and one of the bigger regrets of the match, was the Andre Santos and Lukas Podolski combination failing to produce anything noteworthy in attack other than one long, completed pass by Santos into the box in the 93rd minute that amounted to nothing. 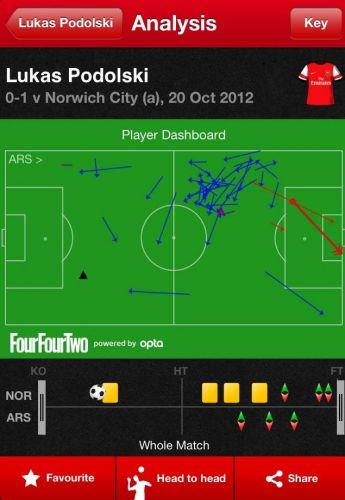 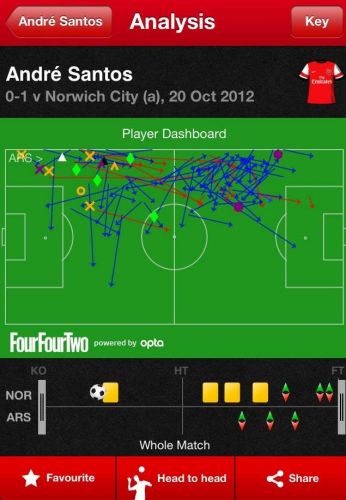 Podolski hung back and received a number of short passes from Santos, attempted but a single shot on goal and failed to attempt a cross throughout his 65 minutes on the pitch, played mainly from a deep and muted spot.

Further, this match, if not done before, cemented Andre Santos as the inferior attack-minded wide back in comparison to Kieran Gibbs. The English left back sustained an injury early in the second half of the West Ham match and was ruled out for the Norwich encounter, thus forcing Arsene Wenger to go with the polarizing and limited Santos.

Gibbs has the ability to gain possession close to or on the opposing goal line, which would have come in handy during this fateful match; to support this, here are Gibbs' dashboards for the four matches leading up to, and including, the West Ham match. Notice how far down the pitch he's able to gain possession, and the amount of passes and crosses into the box he's able to create, as opposed to Santos: 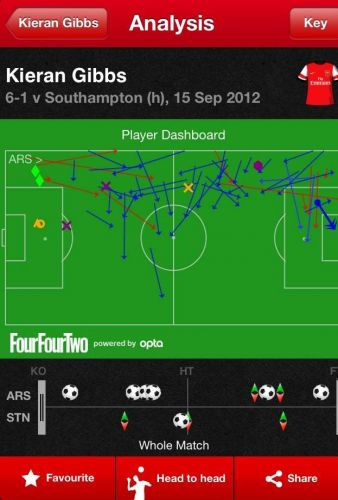 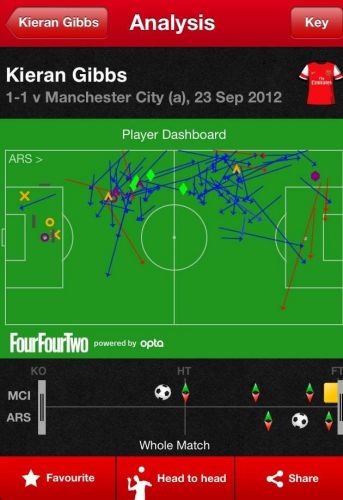 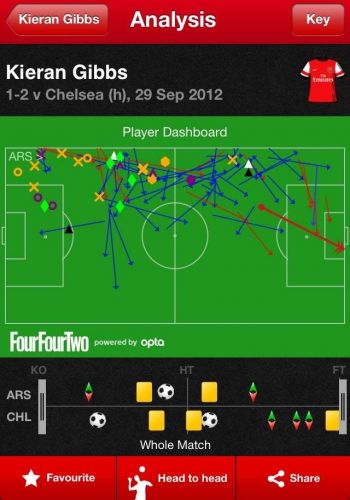 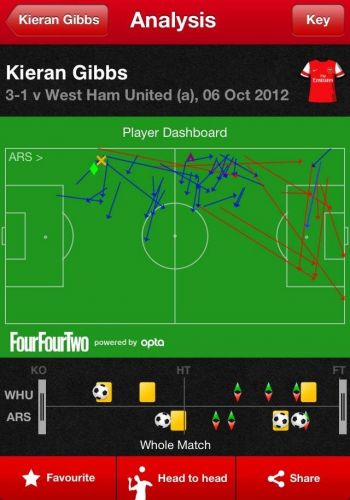 In the end, the match was regrettable for a number of different things. The failure to create something - anything - from the midfield that threatened Norwich in the penalty box; the Santos and Podolski partnership on the left; Olivier Giroud failing to be a presence in the center and not closing down Tettey on the shot that led to the only goal of the match. Looking back, it's easy to see how Arsenal's dreaded two-month run of garbage started, essentially, with this terrible and uninspiring performance.